I have finished painting number three and it was an adventure.  Here is the last photo of my first attempt at number three: 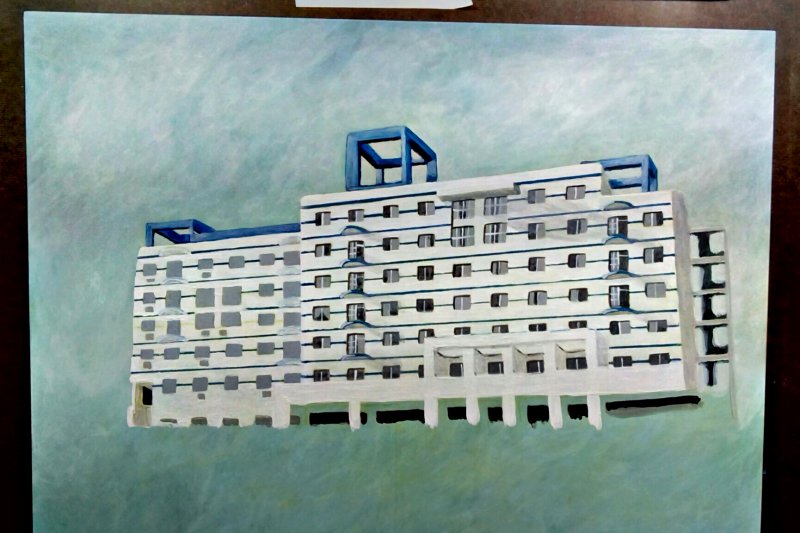 Well, after working on it a little more, I reached the point where I could not take it anymore, so I painted over it, but I didn’t like that, either, so I started with a clean panel from scratch: 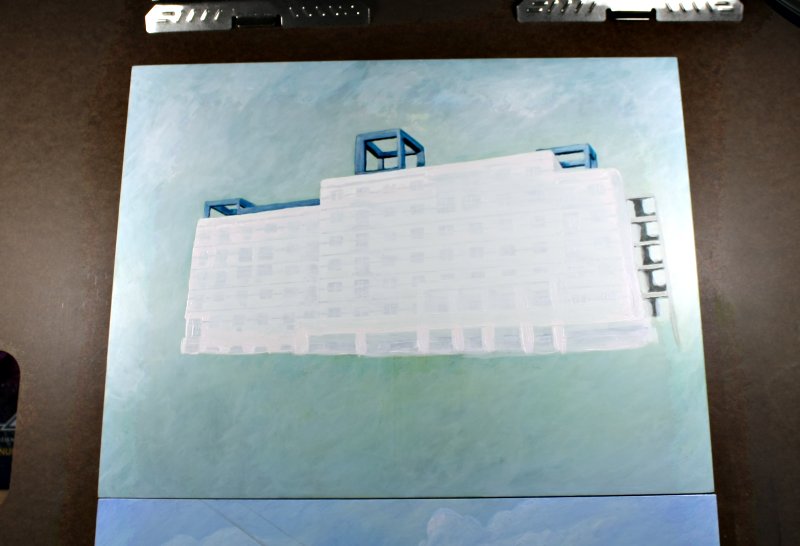 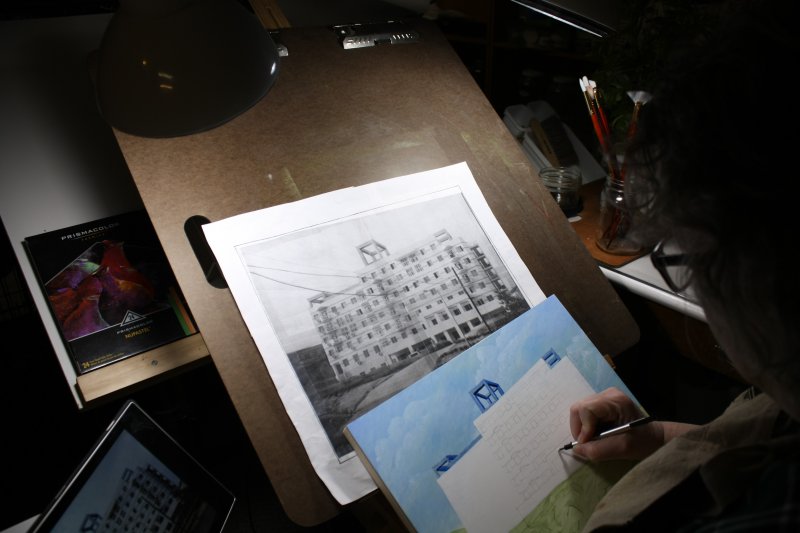 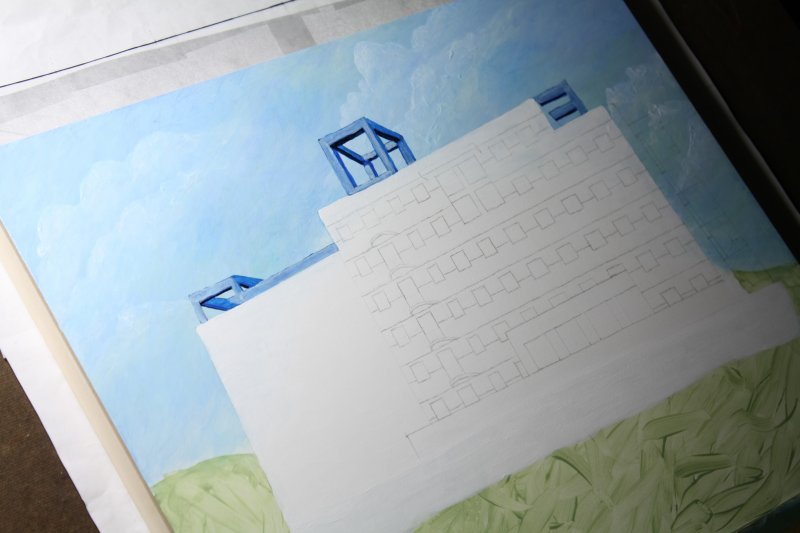 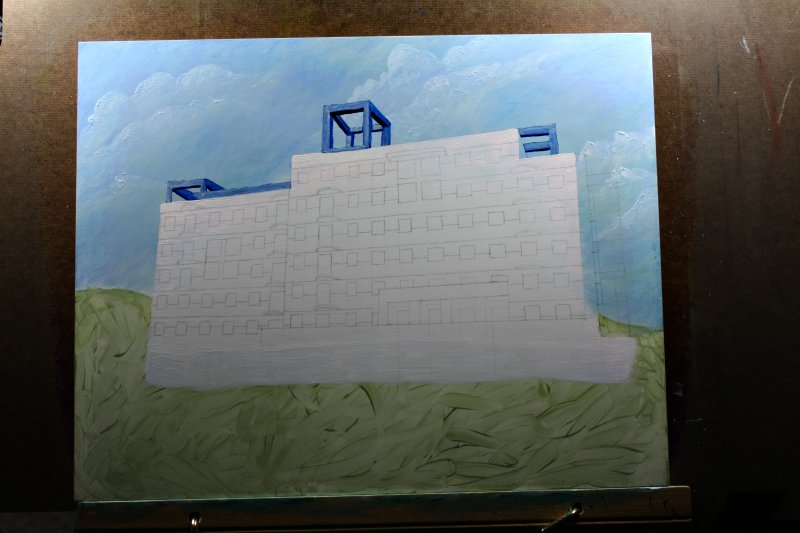 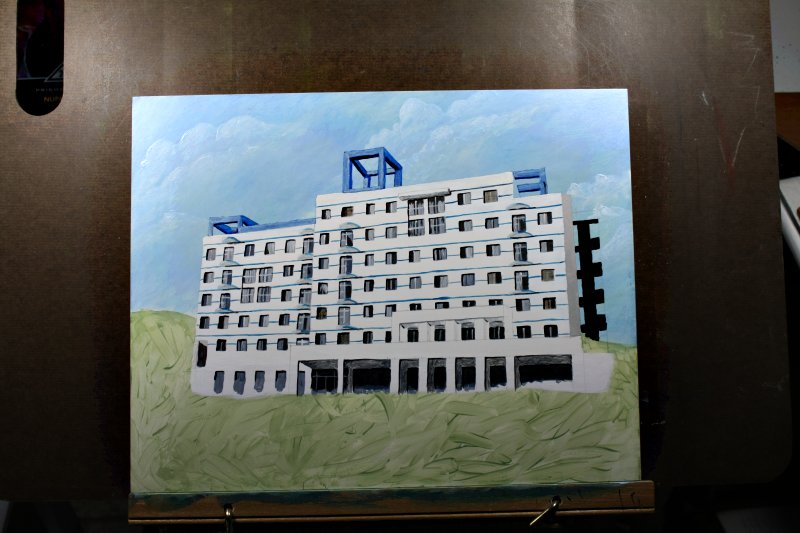 And the FINISHED product!  Finally!  LOL! 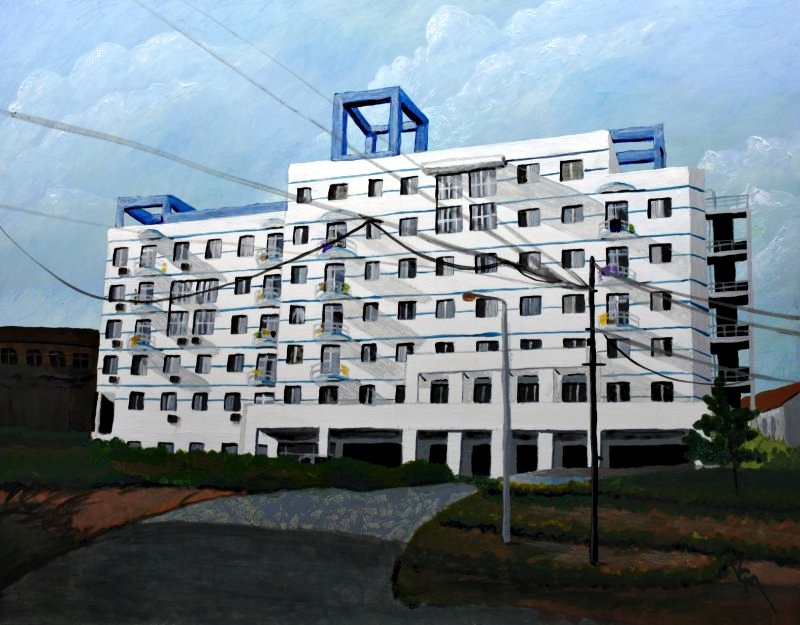 I measured every. single. point. of every. single. window. and they still did not line up perfectly, so I finally just got it done.  The power lines were a challenge, also.  I wiped them off and redid them a few times.  In reality, there were many more power lines, but I think I included enough to get the idea.  This apartment building is in China.  The apartment building in the second painting was also in China.

Now, I will take a break between painting three and painting four and dust off my spinning wheel and spin up some wool yarn.  I will tell you all about that in my next post.

Until we meet, again, I leave you with some photos of another spider that posed for me: 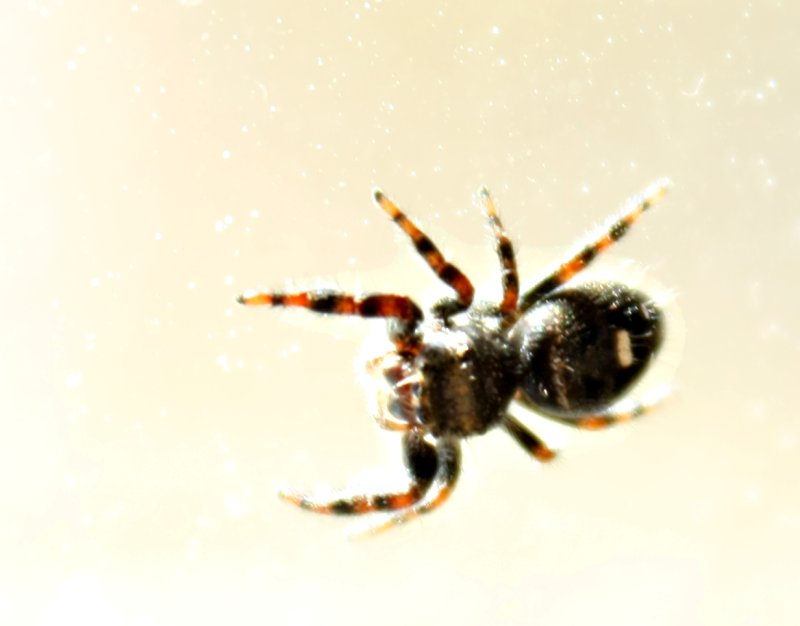 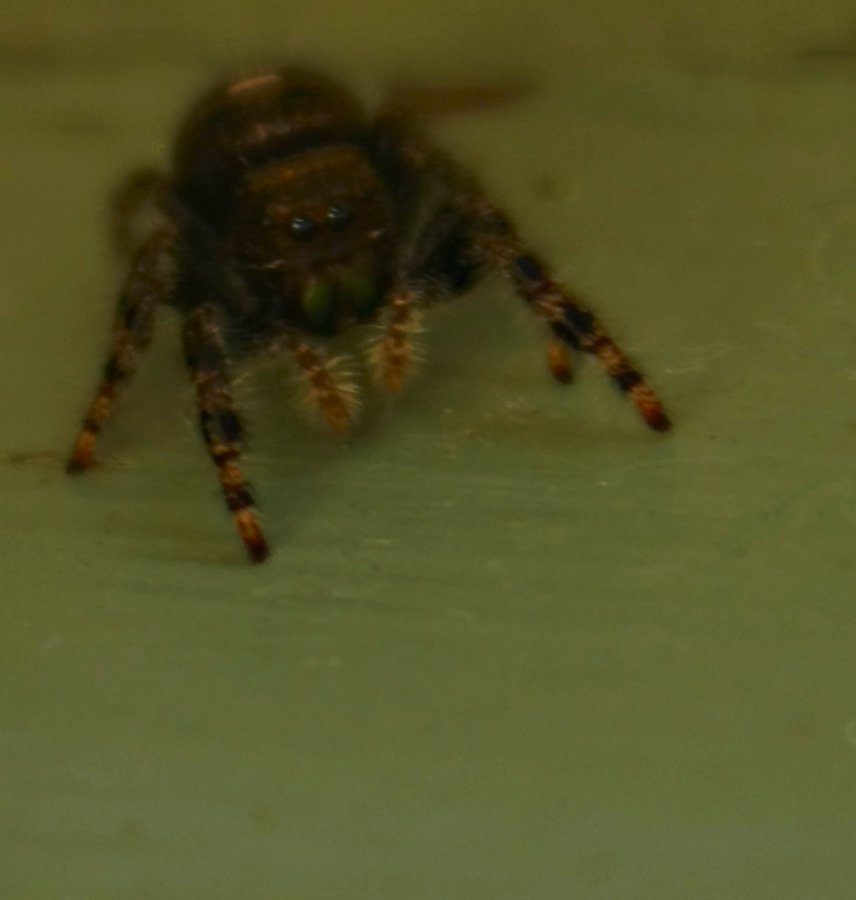 These two photos of the spider are not great photography, but I tried.  He was not all that cooperative.  He is one of these common black fuzzy spiders that are sometimes quite fun.  I have teased them, before, and they stand up on their back feet and try to look big and fierce.  LOL! 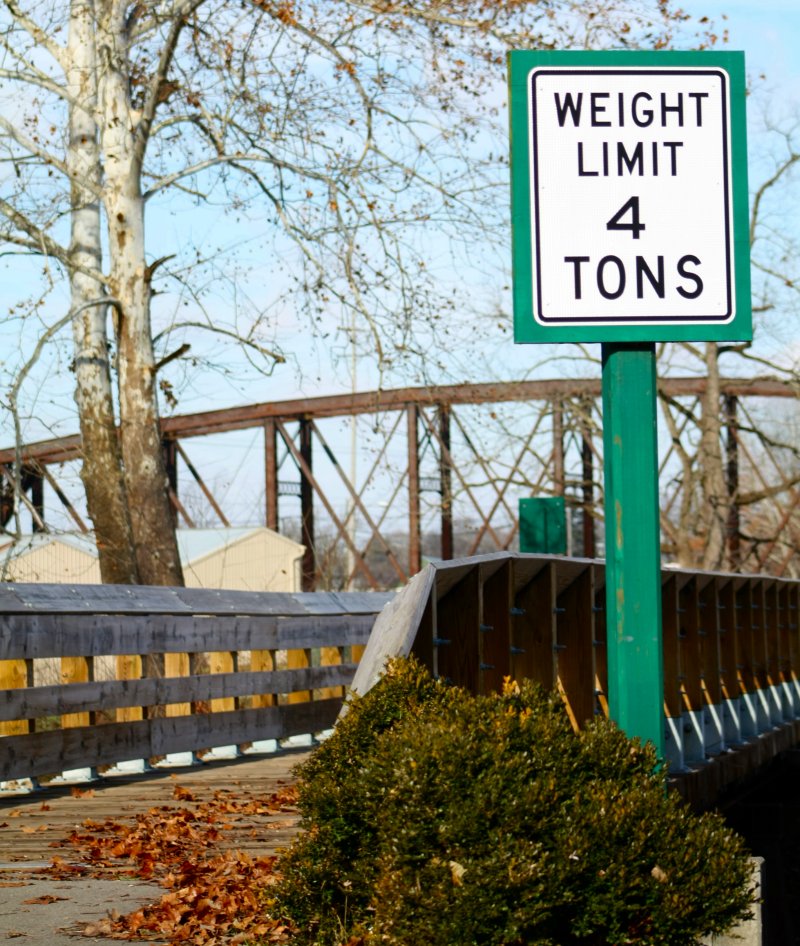 I thought this was funny.  A weight limit of four tons on a little walking bridge?!

Follow exists to create art which reflects the beauty and the glory of God, to use art to comfort and encourage people, and to inspire others to pursue the arts. on WordPress.com